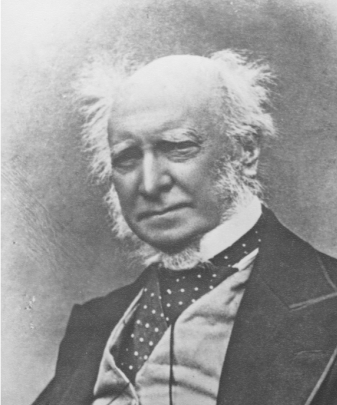 For a saint to have solitude is of the deepest importance, because it is then the heart renews its acquaintance with the Lord Jesus who only has entrance into our most solitary retreats. When we are thoroughly alone and apart, He loves to be our companion; it is, so to speak, the time for Him to come, like the ray of light which permeates into the dark cavern wherever it can; and to the inmate of the cavern never was light more prized.

I believe there are two things learned in solitude that cannot be gained otherwise — one, that I see myself apart from everyone and everything, a very necessary matter; and the other, that I see the Lord in quite a peculiar light, in a singular and unique way, apart from everything and everyone. His individuality, blessed be His Name, comes out to me in solitude in a way it never does in a crowd.

Canticles gives you very much the idea of this: what one is oneself when quite alone, and what He is to one thus alone. When I am alone with Him, He obtains His singularly pre-eminent place, not as a Saviour, though He is that to faith; but He is known to the heart as the sun. He "rules the day," so that when all other objects are visible, He is still entirely pre-eminent, and the sense of His supremacy, well-known and well-sustained, is the most effectual resource for the heart all the day long, and abides with it through its most anxious encounters.

In solitude with Him, the value and resource He is to the heart is learned, and when busied in responsibilities, it turns to Him as the needle to the pole, or as the flower to the sun. Where the soul has acquired the sense of His sovereignty in its solitude, when it has to return to others and to duties, everything falls in relation to Him. He is first, and things and people assume and derive importance, not as to whether they are pleasing or otherwise, but as they relate to Him.

If you make the claims on you the sun of your system, instead of the Lord Jesus, whatever seems to come short throws your day into darkness, because the claims are not answered to as you desire them to be, and there is the sense of an eclipse. If the Lord were the distinct, known magnet to YOU, every responsibility would be less anxious, and you would fulfil each better, and instead of being saddened and disappointed, you would hear Him saying, "She hath done what she could," and with this, you would have a weight that would render whatever you did more appreciated.

It is not the amount one does, nor the consciousness of one's own usefulness which makes one happy in serving, but the assurance that one would be called on and used in case of need. Love never likes to see its object needing. It serves because it loves. Do not try to arrange your world with only a lamp in your hand; why, if you had a sun, all would be easy enough! It is in solitude with the Lord Jesus that one learns to find Him as the Sun. When the heart has found its rest and satisfaction in Him, it can turn to Him naturally and continually in every circumstance."