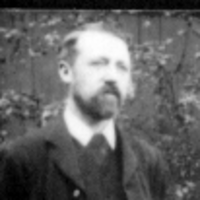 I had the inestimable privilege of being brought up in a Christian home. I feel sure the well-being of a nation lies in the proportion of Christian mothers it possesses. The mind of a child is plastic, and takes impressions for good or evil at a very early age. One may and does forget a good deal of what was learned at a mother´s knee, but the impression lasts through life, and cannot be thrown off. Many a young fellow has broken loose from the restraints of a Christian home, who in the end found early impressions too insistent to be disregarded, and lived to thank God for the prayers and training of a Christian mother.

When I was only eleven years old I made a profession of faith in Christ. Looking back it was a very feeble and shallow start that was made. As I grew up to manhood many a time I was tempted to give up the profession of Christianity, but something held me back. Infidel doubts assailed me. Any attack on the Bible distressed me and shook my confidence. Such questions as, Why does God allow evil? Why does He allow the Devil to work such mischief in the world? Why was I born in sin and shapen in iniquity? crowded into my mind and shook my foundations.

But all this only in the end led me to take a stronger hold on Christ as my Saviour. It is said that a young sapling gets firmer hold of the soil as the result of fierce winds loosening the roots. When the storm is over, the loosened roots have room to push farther out, and take a firmer grip. The life and safety of a tree lie in the fact that there is as much out of sight below the surface as there is above ground. The taller the tree the longer and more far-reaching the roots.

So it is with the Christian. Nothing will stand the assault of the enemy save a true heart-knowledge of the Lord as Saviour, a true faith-grip of the Gospel of the grace of God. There must be an out-of-sight hold on divine realities before there can be effective Christian life and testimony.

One thing that helped me at that time was discovering that the advocates of infidelity were usually men of evil life. Just as I might turn from a drink offered in a filthy cup, so the individuals, who sought to overturn the faith of the Christian, were mostly repulsive. On the contrary, the earnest Christians that I knew and listened to impressed me with their saintly lives and the inward peace and joy reflected on their faces.

In my early days the professing Churches were, very generally speaking, fundamentally sound. There was a large proportion of evangelically minded clergymen and ministers, who kept the Gospel flag flying. Infidelity at the same time was blatant and aggressive, but its activities were outside the Churches. Higher Criticism and Modernism had not entered them to any great extent.

Infidelity had for its champions such men as Charles Bradlaugh in Britain and Colonel Ingersoll in the United States. Bradlaugh was a man of colossal size, of great intellectual force, a magnificent speaker. He became M.P. for Northampton, where a statue to his memory is to be seen today. Colonel Ingersoll was a man of imposing personal appearance and the silver-tongued orator of unbelief. Such as they appealed to the worst side of humanity. Their addresses were popular with the unthinking and the vicious. Ignorant of the true meaning of the Bible, they poured abuse and scorn upon it. They had nothing to put in its place. Their evil work was destructive. There was nothing constructive about it. Their influence tended to weaken the morals of their admirers, to loosen the solemn sanctity of the marriage tie, in short to remove from the human mind those restraints from evil that the Bible so happily exerts: This aspect of infidelity rendered it repulsive to me. I wanted something elevating and productive of good. But things have changed and for the worse. In my young days the attack was from the outside. Today it is from the inside. There is little need for aggressive atheism. Modernism and Higher Criticism are carrying on the evil work within the professing Church. "Satan himself is transformed into an angel of light … his ministers also … . transformed, as the ministers of righteousness" (1 Cor. 11:14, 15). Clergymen and ministers, who have on solemn oath promised to uphold the Word of God, are undermining it in many a pulpit. They pocket stipends for the work of upholding the Gospel of God, and are traitors in the camp, wolves in sheep´s clothing. Professors of Theological Colleges are poisoning the minds of young men preparing for the ministry. Alas! how many of them are unconverted, blind leaders of the blind.

I was reading the other day of a servant of God asking in utter astonishment a famous theological Don of Oxford University, "What do you believe?" This followed on a conversation when the Don declared he could not believe in the Virgin Birth, in the physical resurrection and ascension of our Lord, nor could he believe the things recorded of Him in the Gospels, especially those in the Gospel of John. And this man, alas! has the moulding of the minds of young men preparing for the ministry. Is it any wonder that there are many young ministers who are infidels in all but name, destitute of spiritual power, with no influence to help anyone on the heavenly road?

We appeal to our readers, especially young men and women, to give the Bible a fair trial. Read it, study it, and seek earnestly the truth.

A J Pollock wrote two well-known books: ´The Amazing Jew´ and ´Things which must shortly come to pass´, some lesser known books, and over fifty small books showing the error of different cults and notions such as cremation and baptismal regeneration (some of his younger friends therefore called him Anti-Algie!). He and F B Hole were married to natural sisters, F B Hole was cousin to Hamilton Smith.

One correspondent who knew him recalls a remark of AJP in a Bible Reading, "a certain young man being the best dressed because he was ´clothed with humility´", 1 Peter 5:5. He also points out that he was the author of a number of good gospel hymns including

"Ransomed saints your voices raise", modelled on "We have heard a joyful sound", and

"Peace was procured by Christ, the Son of God,
When on the cross He shed His precious blood,
Which brought a pardon, perfect, full and free
To guilty, rebel sinners such as we."

He edited the Gospel Tidings hymnbook, and ministered widely including a visit to the USA in 1898, and Scandinavia, India, Spain and Germany.

Another correspondent recalls AJP telling them how as a boy of about fifteen Mr Darby visited Mr Pollock´s family home (his father was a banker in Newcastle upon Tyne), when a plate was not laid for young Algie, Darby shared his with him, and on learning Algie was studying, AJP recounted that he was encouraged, ´Mind you take the Gold (medal)´.

He had three sons Alan, Erskine and Seton (a solicitor of Reading, with whom he stayed in old age) and one daughter who qualified as a doctor and became a surgeon doing several thousand operations in India where she later died just as she had arranged to come home to nurse her father in old age.